Farmers and the countryside make our beer!

Last week I ran six tutored beer tastings at the 150th Royal Bath & West Show (see beer list below). I was asked by rural organisation NFU Countryside (a branch of the NFU for people who love the countryside but aren’t actually farmers) to talk to visitors to the show about beer, where it comes from and how to match it with food.

It was a busy, but fun, couple of days that got me thinking that we (meaning beer writers, beer lovers and the industry as a whole) don’t make enough of the fact that for the most part without farmers and the British countryside we wouldn’t have much beer. Obviously we could import the ingredients – we already import all those big-flavour US, NZ and Australian hops along with ones from northern Europe – but it’s rather satisfying that we don’t have to unless we want to. 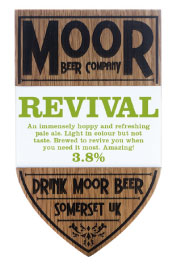 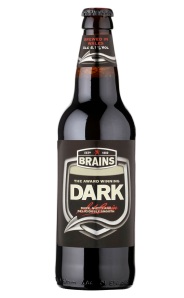 If you were there – thanks for coming! Here’s a note of the beers we had and the food we matched them with.

Brains Dark – a 4.1% dark mild made with chocolate, crystal and brown malts from British barley and British hops (Challenger, Fuggles and Goldings). Food matches: cold cuts of roast beef and ham; chocolate muffin (only if you were in my final session on Friday!).

From my sessions I was reminded that putting beer and food together is still quite a new idea for many people but it was one that got a good reception. I was particularly pleased with one lady’s declaration (in response to my suggestion of matching Brains Dark with Sunday roast beef) that she planned to add some beer when making the gravy and another lady who’s cool reaction to the hoppiest of the beers suddenly changed to glee once she tasted it again with spicy chicken.

I did not manage to solve the pickled onion beer matching conundrum though – which although we did not attempt to tackle it in reality came up as we discussed (yes, I like to talk with my audiences rather than at them) pairing a Ploughman’s Lunch with a glass of bitter. All ideas gratefully received.

If you missed me at the Bath & West you can instead join me at Cheltenham Food & Drink Festival at 1.45pm on Sunday 16th June when I’ll be talking about Wild West Beers – including the relationship between beer, farmers and the countryside. More details about the festival including how to get tickets here.